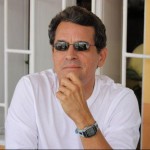 The popular saying “If it can’t be measured it can’t be managed” is a dangerous premise. Seems to me I’ve only ever heard it uttered by invariably smug managers who wanted to reject some piece of qualitative research they didn’t like. Though that may simply illustrate the murky areas I’ve worked in. (In truth, there used to be a defensible mantra that the best predictor of coming consumer behaviour was past behaviour, but that was before the widespread disruption taking place in almost every category.) The problem with the “measure-to-manage” idea is that it reduces everything and everyone to […]

Sydney, Australia, 1989. So here I was… making it in the super-competitive business world. I was: heir apparent in a major multi-national ad firm, marketing writer, national new-business director, just voted in the top 10 across the country, blah blah. An ‘80’s Mad Man. And then we had a third child, unexpectedly. I came home one night late (as usual) from the office and my wife asked me to change our 6-month-old son’s diapers. But as he was lying on his back on the changing table, I saw in his eyes a look which I’ve ever forgotten. That look […]

Most companies are living in a fantasy world, thinking that their “loyalty programs” are actually delivering customer loyalty. But these are not actually doing anything of the sort. They’re merely rewarding repetitive purchase behaviour.  That’s not loyalty. It’s bribery. And it’s vulnerable to a better reward scheme from a competitor. Genuine loyalty comes from the heart, not the head, and it opens the wallet. Look at Apple, which (according to some wry observers) is more of a cult than a brand. Apple loyalists will buy anything the company introduces, without rewards and almost irrespective of the price. Loyalty isn’t […]

Many years ago, a wise friend gave me a crucial piece of wisdom. He said, “Incompletions sap your energy: but completions actually GIVE you energy.” A light bulb went off in my head. Because I’ve been one of those who sits around thinking of all the things I’ve got to – and not doing any. So what’s the problem with incompletions? On their own, nothing. But incompletions often tie up your energy and drag you down – without you even realizing it. “Incompletions” says Dr. Barbara Schwarck, “Can be a problem if we allow ourselves to feel inefficient, bad, lazy […]

Don’t forget to add humanity to your marketing plan. I’ve seen too many marketing strategies which were proudly focused on numbers, trends and financials. They impressively calculated expansion, development, growth trajectories and a whole bunch of other objective and impersonal issues. But this approach lost sight of a critical perspective: Marketing at its core is about people – messy, confused, illogical, wonderful people whom we call consumers – and our buyers. It’s these people who make us or break us. It’s these people who understand or misread our communication efforts. And these people who reward us – hopefully – with […]

No top posts yet