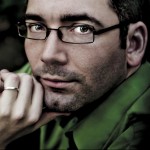 I work with innovators, influencers, and thought leaders to develop a smart relatioship design to get the most out of their networks.

When I used to work as a producer, there was a phrase that many of my producing colleagues would use whether commenting on whether a show was a success or a flop: Nobody Knows Anything.  The idea of that statement is that in entertainment you could be sure that you had the best show in the world and it could absolutely tank and you could laugh at the prospect of producing a show and a few months later be crying as it wins a TONY. You could certainly make educated guesses as to which shows would be successful based on […]

A few weeks back one of my readers sent me a link to a video on the Tube Of Yous of a guy named Chris Ramsay who has amassed millions of followers as a result of working on puzzles and recording it. The story goes that when the pandemic hit, he had a puzzle that he wanted to work on and he decided to record himself working his way through it until completion and when that puzzle was done, he did another one and recorded another video. At some point, the videos took off, and now he has a massive […]

This is a transcript from my “Story Slam” presentation for IDEO U. It’s an excerpt from my longer talk.  I’ve wanted to give this talk for years ! Actually, it’s been percolating since I first began teaching. I thought about all my favorite things and realized that I could use my love of Star Wars to teach Personal Branding. I even foreshadowed this talk at the conclusion of my first TEDx  “The Price of Pleasing. ” So What is the Art of the Jedi Mind Trick?   Before I get to that let’s go back A Long Time Ago….  to 1978  . I was three […]

The very first show I had my name on as a producer on Broadway was called The Scottsboro Boys.  Those of you in the theatre may have heard of it, but many people will not know the show because it only ran for two months on Broadway and while almost every interview I have done has asked me about how I became a producer, I have never been asked about why I decided to raise money for that show. For those who have never heard of the show, it was a musical that dealt with the famous Scottsboro case in which 9 Black […]

It’s been really interesting to watch how people are handling their brands during this particular time. I’ve watched some people act like nothing is happening at all and keep running ads for their latest freebie or checklist with no mention of what’s going on in the world. I’ve also seen some people create groups and communities on the fly and set them up on the Book Of Faces and other platforms. I’ve also watched a bunch of people fire up their phones and shoot videos telling us all what they’re going through during this time and the “three things to […]

I’ve spoken before about the many lessons that can be found in the show The Office, but here is one of my favorites: There’s an episode where Michael and Dwight are both at a hotel and Michael finds out that he doesn’t have a hotel room to stay in. After being turned down, Dwight shows up with his reservation number and gets the material for his room. At this point, Michael is begging Dwight to stay in his room with him and says “I’d do the same for you” at which point Dwight looks quizzically at the paper and says that […]

In almost every class I’ve ever taught in the relationship-building space, there is a question that comes up more than any other when I talk about reaching out to people at higher levels for things like mentorship, advice, etc. What If I have nothing to offer that person because I’m just a ______________?  Before I get into the weeds with this, let me first say that everyone deals with this on some level. We all have people who we see as doing such great things we imagine anything we could suggest or offer them would pale in comparison to what […]

As I was scrolling the Book Of Faces the other night I was struck by all of the end of the year posts that came up. It seems many times when you check out the socialz there are posts where someone will mention how excited they are about all of the things that happened in this past year and what’s to come for the new one and then there’s usually a long thread of comments below saying “congratulations” or “good job!” etc. And if you’re one of the entrepreneurs who had a not so good year, this can sometimes make […]

As we start to head into the last few months of the year (where did the time go?!) I decided to go back through the ol’ archives and see what I haven’t written about in a while and I realized it’s been a minute since I posted a book list. I love sharing books that have been helpful to me, books that have made me think, and books that are simply fascinating, and since we’ll all be hopefully getting a little reading time in now that the holidays are upon us, I thought I’d share with you all some books […]

I have a friend who really loves to do calls where we get into the weeds of relationship-building methodologies. He enjoys digging deeper into the frameworks I’ve developed and in all our calls he gets me to go even deeper into the work that I do. And before I get into the topic he brought up, I’ll also add that having someone like this in your circle can be incredibly valuable to the rigor of your work. There are those who will take your ideas at face value and then there are those who will challenge your ideas with questions. […]