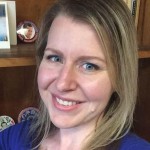 Nicole Hemmer is a contributing editor to US News & World Report and host of the Past Present podcast. She works as a research associate at the University of Virginia's Miller Center and the University of Sydney's US Studies Centre.

In this episode, Niki, Neil, and Natalia debate the rise of Democratic Socialists, plans for packing the Supreme Court, and the increasing popularity of audiobooks. Here are some links and references mentioned during this week’s show: Thanks to the recent upset victory of Alexandra Ocasio-Cortez in a New York Democratic primary, socialism appears to be having a new moment in American politics. Justice Anthony Kennedy has stepped down, prompting a conversation about whether “packing” the Supreme Court is an advisable strategy for progressives. Natalia cited historian William Leuchtenberg’s Smithsonian Magazine article on Franklin Delano Roosevelt’s attempt to pack the Supreme Court. The popularity of the audiobook is challenging publishers to think differently […]

In this episode, Natalia, Niki, and Neil debate recent claims that the Left is destroying civility in politics, the LGBTQ+ history of American gym culture, and a half-century of Mister Rogers’ Neighborhood. Here are some links and references mentioned during this week’s show: When White House Press Secretary Sarah Huckabee Sanders was asked to leave the Red Hen restaurant by its owner, many decried the incident as evidence of a decline in civility. Natalia cited historian William Chafe’s book Civilities and Civil Rights. At Vox, Niki wrote about Martin Luther King, Jr.’s own history of being called “uncivil.”   An […]

In this week’s episode, Neil, Niki, and Natalia debate the legacy of Anthony Bourdain, the end of “family values” conservatism, and ageism as a form of discrimination. Here are some links and references mentioned during this week’s show: The late Anthony Bourdain helped define the now familiar figure of the “celebrity chef.” Niki referred to Bourdain’s books Kitchen Confidential and Medium Raw as reshaping the genre of food writing. Natalia cited Eric Schlosser’s Fast Food Nation and Michael Pollan’s In Defense of Food as other works that helped Americans conceive of food as a lens on politics and society. “Family […]

In this episode, Niki, Natalia, and Neil debate the historical relationship between Canada and the United States, the legacy of the late designer Kate Spade, and the controversy over proposed changes to an Advanced Placement history course. Here are some links and references mentioned during this week’s show: Relations between longtime allies the United States and Canada appear to be souring after the G7 summit. Natalia cited this article describing the last such tension during Richard Nixon’s presidency. Designer Kate Spade’s suicide prompted an outpouring of grief among those who remember the black bags that made her famous as a […]

In this episode, Natalia, Neil, and Niki debate the Supreme Court’s ruling on the Masterpiece Cakeshop case, Donald Trump’s use of the presidential pardon, and the American tradition of separating families. Here are some links and references mentioned during this week’s show: The Supreme Court has ruled in favor of the baker who refused to make a wedding cake for a gay couple in the Masterpiece Cakeshop case. Neil referred to Tisa Wenger’s book Religious Freedom: The Contested History of An American Ideal and Sarah Posner’s Nation article about the conservative Christian advocacy group Alliance Defending Freedom. President Trump has legal scholars thinking about whether a president is legally permitted […]

In this episode, Neil, Natalia, and Niki debate the rise of the “twink” aesthetic, Manhattan con artist Anna Sorokin/Delvey, and the cultural endurance of the Ford Mustang. Here are some links and references mentioned during this week’s show: The New York Times has declared “the age of the twink.” Neil referred to this 2003 New York Times article on the “metrosexual.” Natalia recommended this Slate article on the continued relevance of the notion of a gay aesthetic. The long con of Anna Delvey, who duped the downtown Manhattan set, has readers rapt. Natalia referred to this Vanity Fair article by one of her dupes. Niki cited Maria Konnikova’s book The Confidence Game: Why We Fall […]

In this episode, Niki, Natalia, and Neil debate the “incel” community, the role of race in Mormon history, and the thrift-shaming of millennials. Here are some links and references mentioned during this week’s show: In the wake of a Toronto terrorist attack, “incels,” or involuntary celibates, are gaining attention. Niki referred to this New York Times article about Jordan Peterson. Natalia cited Jia Tolentino’s New Yorker article on the origins of incel rage, Ross Douthat’s New York Times op-ed raising the possibility of the redistribution of sex, and this Washington Post column by historian Melissa J. Gismondi. Niki referred to this paper by Betsey Stevenson and Justin Wolfers. A hoax letter claiming the LDS Church was apologizing for […]

In this episode, Neil, Niki, and Natalia debate Childish Gambino’s viral video “This is America,” the launching of NRATV, and how Instagram is changing museums. Here are some links and references mentioned during this week’s show: Donald Glover, aka Childish Gambino, generated major buzz with the release of the song and video “This is America.” Natalia referred to the various articles including this Washington Post piece that attempt to decode the richly allusive video. Contextualizing this work in the recent comments by Kanye West that “slavery was a choice,” Niki recommended this Washington Post piece by historian Leah Wright Rigueur and Natalia referenced this New York Times article by activist dream hampton […]

In this episode, Natalia, Neil, and Niki debate the Sean Hannity phenomenon, battles over the “gayborhood,” and the popularity of running tutus. Here are some links and references mentioned during this week’s show: Conservative media personality Sean Hannity has attained new fame thanks to his proximity to President Trump. Niki referred to her Washington Post piece arguing Hannity is more a promoter rather than a kingmaker and to Neil’s Huffington Post article arguing that Hannity is not a journalist. Natalia recommended a 2015 Chapo Trap House episode about Hannity’s persona. As “gayborhoods” have become bellwethers of gentrification, they have also resulted in turf wars. Niki cited George Chauncey’s classic work Gay New York as […]