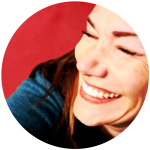 Üma Kleppinger is a writer, editor, publisher, and change agent. In her past lives, she's been an entrepreneur, magazine designer, art director, yoga teacher, and bike messenger. Üma is currently working on her new book, Louder Than Words, a stranger-than-fiction true story of survival and transformation. Üma has performed her stories at live storytelling venues such as The Moth, Seven Deadly Sins, and Pants On Fire. When not writing or doing live performance, Üma can usually be found out in the woods on her mountain bike or looking for good science fiction in any medium.

Forests recover from wildfires through the germination of seeds that are stored in the earth, some of which need the heat of fire to germinate successfully. Singed trees can sprout new branches that become new trees. In short, many forests benefit from an occasional fire. But what of the business landscape after the wildfire that is the #MeToo movement? It has been nearly two years since the movement spread across the country and then the world, like a climate-change fueled wildfire. The tinder? The untold stories of millions of women who had experienced sexual or physical harassment, assault, or abuse […]

Have you ever looked in the mirror and been surprised that the person staring back at you was so much OLDER than you feel inside? That cognitive dissonance could be the result of a poorly defined self-image, but more often that not it’s because our core being doesn’t really age. Even as time passes and life presents new challenges and opportunities, who we are at our core remains unchanged, timeless. I call this the Authentic Self. The term authenticity is overused and hackneyed, yet it has always been and continues to be the bedrock of my ethos. My work as […]

Who among us hasn’t felt—in a moment of heartache or sorrow or rage or any other or so-called “negative” emotion—that if we just could change X about ourselves (or someone else) we could achieve Y, Z, or maybe the entire rest of the alphabet? The allure of this sort of magical thinking compells me to write frequently about the perils of positive psychology and for good reason: the more obsessed mainstream America becomes obsessed with “good vibes only” the less tolerant and inclusive we become. In fact, in many ways, positive psychology is like a new form of evangelism, one […]

Trends come and go. Some leave indelible marks upon a culture, and others just fade away. When a trend is couched in terms like “positive psychology” one might expect that any influence it exerts on a culture will be, well…positive. But is there such a thing as too much of a good thing? The contemporary positive psychology movement was founded in the ’80s by Martin Seligman, so you would think he would extol only positive virtues, yet even Seligman advises against too much reliance on positive thinking. In his book, Authentic Happiness, Seligman writes “positive thinking often involves trying to believe upbeat […]

2018 may well have been the wake-up call for human-caused climate change, which dominated news cycles for most of the year. Multiple climate study reports released in late November elevated the call to action as a clarion cry, sharp and urgent. When 97% of the world’s climate scientists reach a consensus that the extreme climate changes associated with the Arthropocene are caused in part or heavily accelerated and amplified by human activity, it’s self-defeating not to take it seriously. The National Climate Assessment released its latest two-year study of global climate change on November 23rd, followed by the United Nations’ […]

For many solopreneurs, the idea of building a business team is anathema. Creative control is one of the driving forces behind the decision to go solo. Freelance writers, designers, producers, and marketing consultants—I’m looking at you. I’m also looking at me. And I’m looking at me looking at you. Meaning I speak from experience. For most of my career, I’ve been a solopreneur. First, I was a freelance graphic designer and climbed the ranks to become an art director. When print media began to decline, I found solid footing in marketing as a consultant. After 10 years of marketing work […]

As the gig economy starts to reach its stride, an increasing number of professionals are choosing to start a business with no intention of scaling up and adding staff. Known as “solopreneurs,” they share some etymological similarities with entrepreneurs, but the two are very different ways of working and conducting business. Solopreneurs tend to be doers—people who love to work and produce. For a solopreneur, if a task needs to be done, they’re more likely to roll up their sleeves, dig in, and start working on it than they are to want to delegate it. And they don’t know how […]

To say 2017 was a game changer—nationally, globally, and individually—would be a grotesque understatement. The daily what-the-fuckery of the Trump administration, the tax “reform” bill, DACA, CHIP, FBI investigations, the ACA, the UN, and a host of other acronyms were in dramatic play non-stop, and that list doesn’t even include the #MeToo campaign. Fortunately, late December has brought with it an almost palpable collective sigh of relief. Although it is too soon to know exactly how the new tax bill and other regulatory changes will play out in the long run, we as individuals, as a nation, and as a […]

The purpose of life is a life of purpose. —Robert Byrne How do we keep going in the face of seemingly insurmountable odds? How do we overcome the dark forces of self-doubt and self-criticism which can sometimes cripple our ability to create our best, most purposeful lives? How do we rise above the sometimes ungenerous, unkind stories we tell ourselves as we go about our lives? Sitting around the table at our morning coaching session, teas and coffees in hand, these were some of the questions we explored. Three of us—all creative solopreneurs, writers and designers—shared our fears and doubts, goals […]

I have a confession to make. It’s something I’ve never admitted before publicly. I still have a fair amount of shame around it and it is probably the number one source for my sometimes crippling self-doubt. It’s been around for decades, easily, and is the number one symptom of a larger problem: Impostor Syndrome. The term has been around since it was coined by clinical psychologists in 1978, but it’s become more widely used in the past 10 years or so. Impostor Syndrome describes a pervasive belief that despite external evidence of competence, those exhibiting the syndrome are convinced they are frauds. They believe they do […]